As part of the RELOCAL webinar series “Policy Considerations”, the RELOCAL team organised a webinar on 19 May assembling RELOCAL researchers, colleagues from the H2020 partner project IMAJINE and policymakers to discuss top-down and bottom-up approaches in promoting place-based and participatory action.

The two-hour webinar, hosted by the Luxembourg team, Juliane Tatarinov and Birte Nienaber, explored the methodology applied to all 33 European case studies from an eastern and south-eastern European perspective.

In his introductory keynote “Putting Spatial Justice into Practice”, Professor Michael Woods from Aberystwyth University raised the issue of redefining “bottom-up” and “top-down” on a perceptive level in the course of both H2020 partner projects. When identifying perceptions of spatial justice from various perspectives such as income, risk of poverty, migration, quality of leaders and government, etc., we observe that a simple distinction cannot be drawn between autonomous local initiatives and nationally/regionally driven initiatives. The share of knowledge transition of knowledge and the boundaries that determine whether a project is considered worthy of funding are key to understanding the concept. When observed in specific cases, as outlined below, the strict dichotomy dissolves.

The key question RELOCAL was addressing was: Would the bottom-up approach, namely the enhancement of local autonomy and the use of local knowledge to foster economic development, be an effective solution for spatial and social injustice?

The RELOCAL case studies used a deliberately artificial top-down or bottom-up angle to identify what is perceived as “injustice” by local stakeholders and policymakers and what measures were applied to developing the region.

Paulina Tobiasz-Lisz (University of Lodz, Poland) presented the case of cultural heritage promotion in rural areas, taking the example of the Goth Village in Masłomęcz, Poland, as an interesting illustration of a place-based development strategy (Download the presentation)

Katalin Kovács and Gusztáv Nemes (Centre for Economic and Regional Studies, Hungary) had prepared a film providing glimpses into the everyday work and the people connected to the Balaton Uplands LEADER Local Action Group as a bottom-up approach to spatial engineering.

Ageliki Anagnostou (University of Thessaly, Greece) presented place-based strategies in innovation ecosystems, with a particular focus on the Alexander Innovation Zone in Thessaloniki, a nationally initiated project, as an example of a classic top-down case.

The Romanian team, George Zamfir and Enikő Vincze (Desire Foundation, Cluj-Napoca, Romania), concluded this session by offering some reflections on the locality approach with its limits and pitfalls based on their experiences from Romanian cases, which they stressed were very different in comparison to Western Europe, the region for which the policy programmes were initially developed. 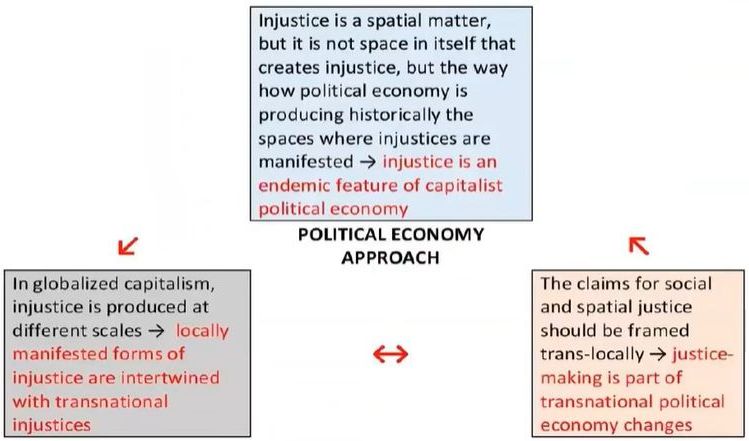 Paul Soto, Senior Policy Expert from the Brussels-based European Network for Rural Development, summarised the researchers’ views and concluded by emphasising the importance of a transition and blend between top-down and bottom-up initiatives and the need for an interplay between both approaches. A comparison of the conditions in place for top-down initiatives between north and south or east and west would be beneficial. As Michael Woods pointed out, after the COVID-19 pandemic, the whole notion of what is understood as “local” will change again. The discussion touched on further aspects including the perception of rural areas in the predominantly urban views of policymakers, local entrepreneurship and mainstream policy programmes for rural development, and the dangers of decentralisation.