Two of the RELOCAL case studies have been presented on this webinar.

Stockholm is an internationally successful and competitive city but also highly socially, economically and ethnically segregated city. In this sense, there are new goals to break fragmentation processes and make Stockholm an integrated city.

The Commission for a Socially Sustainable Stockholm was created with the task of analysing differences in life conditions and to propose measures for an equal and socially sustainable city. It is a cross-sectorial, trans-scalar and holistic ‘whole city’ approach.

The results of the Commission’s interventions are a total of 17 reports plus research reports, background materials and a roadmap. Lots of suggestions are derived from the research, but the change of government on 2018 interrupted these actions. Therefore, the Commission has not managed to stop the segregation process of the city.

In spite of this, the Commission is regarded as a success as it developed a great number of reports and analyses and formulated realistic suggestions that could be implemented.

The relations between the Commission and other actors are shown on this scheme:

Some of the factors of success identified are: the political will, the semi-autonomous organization, the directives, experts and leaders, and the engagement for the issues at hand. On the other hand, there are some inhibitors: organizational learning, the role of personalized power vertical, refurbished versions of what is already done, and independent operations.

To sum up, the key factors are:

On this, Olli Voutilainen (Ministry of Economic Affairs and Employment of Finland) commented, amongst other themes, that segregation is produced by income and wellbeing inequalities, and these can be best tackled by employment and social policies (it also can be intervened in pre-schools and schools), and that single cities have limited powers to influence in central governments in order to activate its national urban policy. He points out that a number of broader societal challenges reflect to suburbs, so not every problem can be solved locally.

He proposed some interesting current issues. One of them is how to further improve an interplay between the State and local level, and how to get (credible) funds to follow innovative governance.

2)The second intervention consists on the researchers Karolina Dmochowska-Dudek & Paulina Tobiasz-Lis (University of Lodz) explaining the Participatory budget for Lodz.

Lodz is characterised by poor quality of life and need of revitalisation in urban spaces. The Participatory Budget aims to change this, as it is a mechanism that allows citizens decide how they would like to use part of the public budget.

The process it follows starts with a information, education and communications campaign, then a projects proposal follows, then comes the verification of the proposed projects, then the voting followed by evaluating and choosing the projects, and finally the implementation of the chosen projects.

The following map shows how this budget has been used: 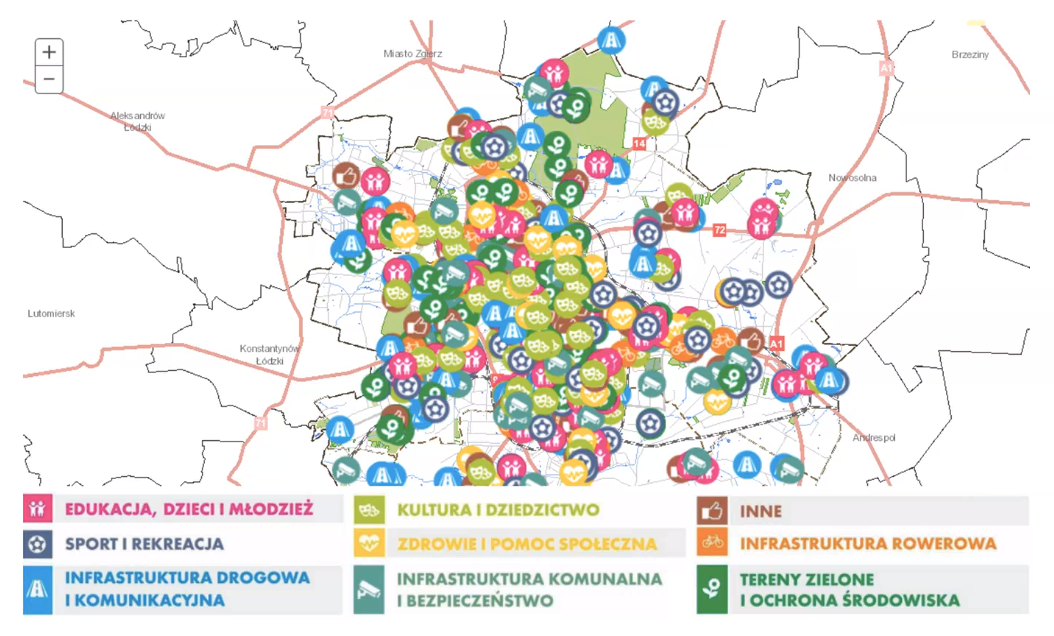 These photographs compare the past state of a street in Lodz, versus its current state afterwards the use of the budget: 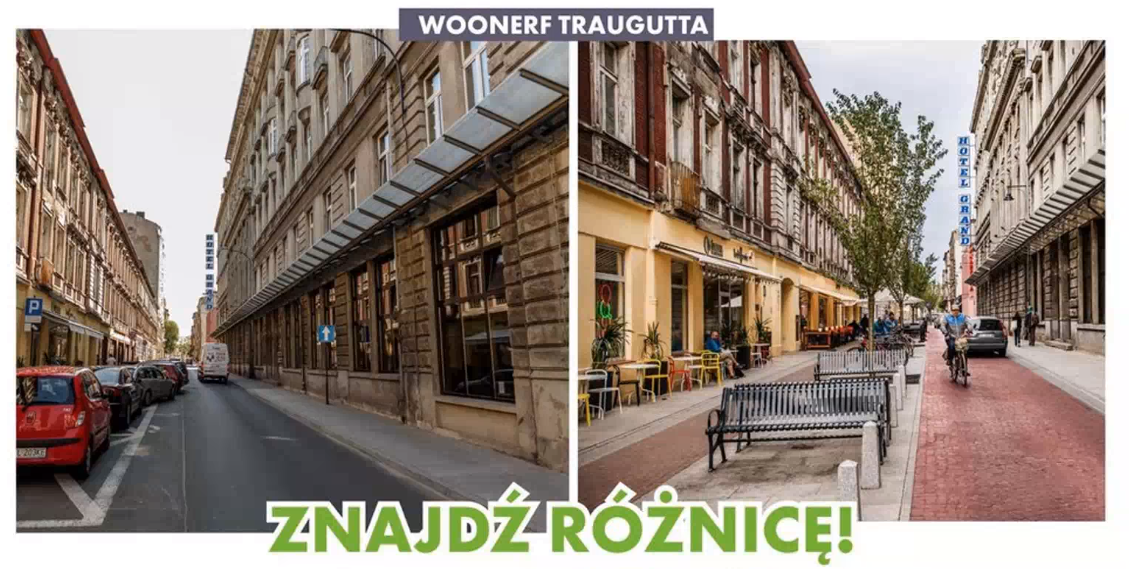 The story of the Participatory Budget is the example of bottom-up approach induced by local leaders and activists leading to reducing social and spatial inequalities. It is an opportunity for all inhabitants interested in co-deciding about the local development of the city. These projects reduce inequalities between neighbourhoods as well as Lodz as an entire city develops through these projects.

Lastly, Krisztina Keresztély (Comparative Research Network eV) commented on this, by, amongst other comments about the researcher’s investigations, pointing out that the Participatory Budget’s impact depends on if it really reaches all the population. She indicates that there are lots of social groups that still don’t have a voice or do not know they have this power. So, the next goal would be to effectively involve the whole population.